I made this art during sickness.

I got ill some weeks ago, shingles.

It had a run-up and the real being sick and so far as I can sense my body also follow-up before real healing. Still going on but with far less discomfort because for sure it was there.

The first few days I did not want to do so much, confrontation did its thing.

Bur I wanted to do something and read a lot and also reread.

And one of the things I’ve been rereading is a message from Kryon, it is a channeling via Lee Carroll. Monika Muranyi. 3 maart 2014.

What intrigante and triggered was the part about the three colors, put under the name of ” the missing piece”, about the added color system for our TV sets and the relation with timecapsules capsules. About what pixels as red, blue and green represent.

I’an not going to explain it, because according to my option you can better read it yourself.

There was indicated to me by what is more than the physical, make every day a pastel work, with these three colors, no matter what, do whatever comes up and it does not have to be beautiful.

Okay me going on, during not the first days of the sickness but a few later, found a bloc with pastelpaper, content 20 sheets of that paper.

It was a gift and it was now gratefully used, site A4.

The three colors looked up in the pastel stock and go ….

I have kept this up, one exception, ! skipped one day, so actually 21 days.

The result I put on the wall of the kitchen of my home, that is where the picture is from and I choose three to be a single picture to be placed on the website.

Paper: A4 suited for pastel.

Material: pastel crayons Rembrandt and one I used is from a ‘cheep’ brand.

I realo did what came into my mind and it also meant to sue ‘later’ white too and more later different shades of blue and green.

Weel what you can see is the result, may someone recognizes the process of an illness, the experiencing of and of what is going on and then the becoming better again….

For those interested, number 1 is top left and number two below it etc.

Is was a bit difficult to make the picture, excuses.

Oh and yes, what I find myself very special, there is a scar left from this shingles on my skin, on my tummy, right side, it is a start with five point and one point is open as for an entry or way out or both. Size now left is about 5 cm. and now I wanna keep it, ha ha …. 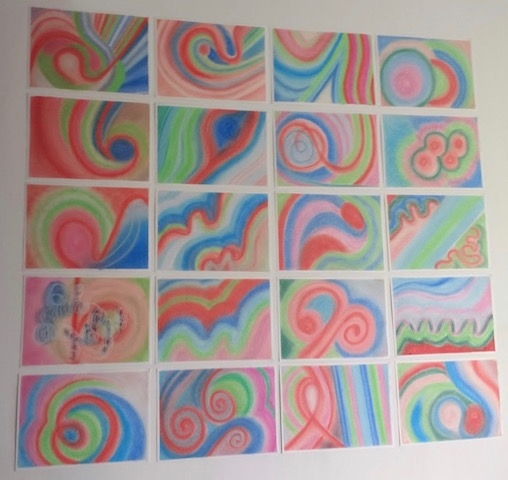 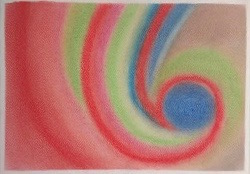 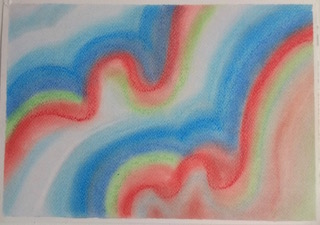 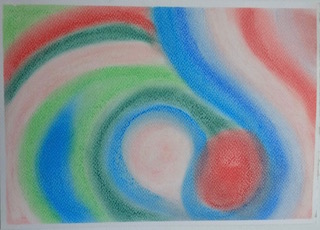