START of the ART

That rhymes nicely! This is from the very first years of present century.

Studies started and pencils and so were brought out and a few new was bought.

Pencils, ink, dip pen and brushes, paper went on trips several times. It was done in between study, study assignments and other activities.

I have divided in four groups. A bewaring quest on the Path an involved Universe.

First: I kept drawing those arches, actually parts, with these colors on this A4 paper.

Second: then it came more together, more interaction and some form, trajectories, particles.

This are ten too.

Third: This was due to the geometry lessons at the Wervel. Assignment for the training.

This are also ten.

Fourth: This was simply done in between, repeating and repeating “certain” forms and especially with East Indian ink and blue ink.

A few are on somewhat thicker paper, especially from group 4.

And a part of sketch and drawing pad paper, 100gr. Some on simple copy paper.Colored pencils, ordinary pencils, ecoline, East Indian ink, I still had a jar of old Gimborn ink from a fountain pen from my father, I got it finished all at that time

And loads of time.

Just the explanation why I put it all on 1 photo, that is because of the number of GBs of the WordPress website, they have explained to me that all text is not included, but images are, I am therefore very economical with the kb’s of the Pictures.

I selected one from each group for a solo image.

It is also to share my process of experiences.

Leave here a message behind if you are interested. As soon as possible I will make contact. 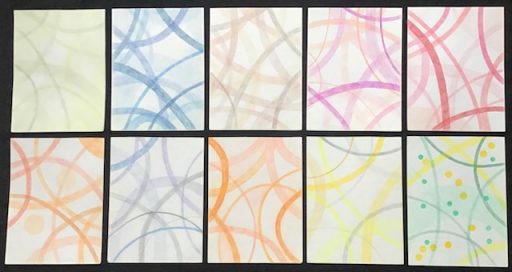 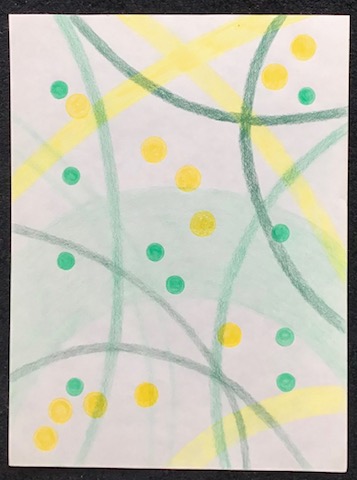 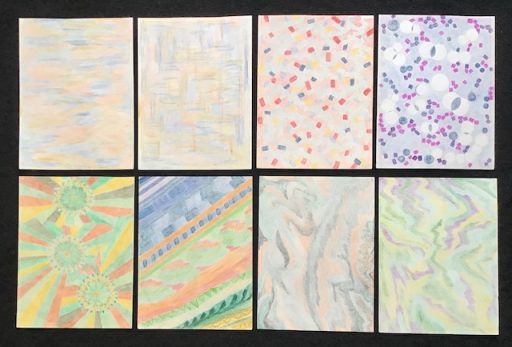 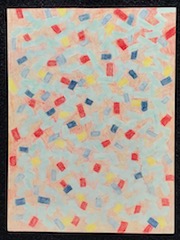 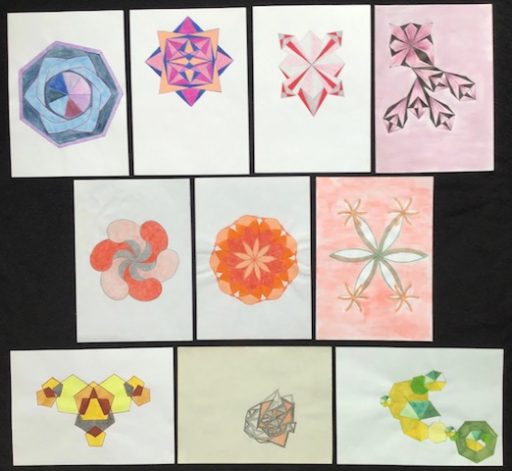 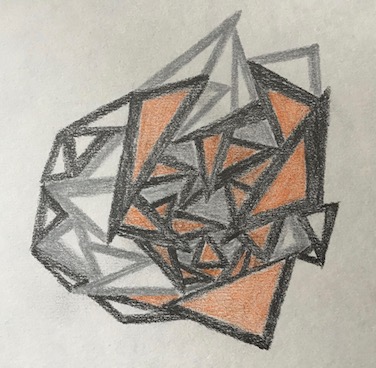 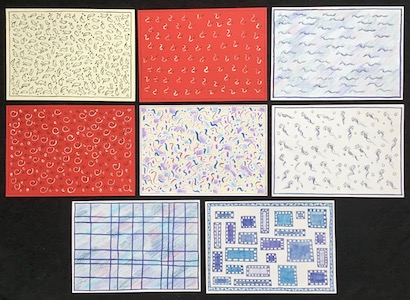 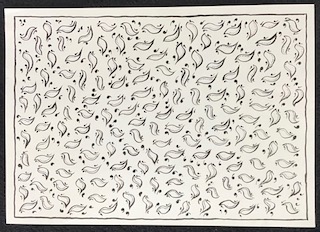