THE ANGLE OF INCIDENTS

Here’s my Salute and meeting from my heart, our hearts, from US, to our beloved family.

Many of us of the Galactic Federation have allied with you on Earth, within Earth, through higher communication channels.

For many years these channels, currents have been active and have become more and more recognizable, remembered and maintained.

For example, announcements, notifications, messages, assignments, invitations are made from various angles of what can and may be known through the energy communication channels on Earth.

Much is about providing opportunities and guidance, as large as possible in terms of content to be used by those involved.

This is subject to adjustment, which is part of the constant change process.

Those involved; because the multiplicity of the transmission is expanding in scope, for what is so necessary for the whole on Earth, that is, an allocation for the work of this gigantic enterprise has taken place. As Archangel Michael has already explained, each one has been given the call and many have applied.

Because it is so gigantic in size, when viewed from an evolutionary level, this in itself can be called an explicit, magnificent lifelines play of life.

And the “life game” according to the primordial “blueprint” is not only with humanity, but with all the Realms of Diversity, from worlds co-joined with the world of Earth, in every existing state.

Every mission has a concept. The Light concerns divisors. Primeval darkness is the womb. The darkness so specific on Earth is an illusionary brood which has now entered the phase of total hatching.

The essence is to increasingly see through the angle of incidents of the programming (which has an enormous structure) by ‘wake up’ people.

We ensure that there is crowing and it does not matter through which cock-a-doodle-do.

Media has a relationship with mediums and has turned it into the inverted world. I’ve taken a moment to consider whether I’m going to specifically name this/explain what’s going on with it. But in doing so I realized that this is very individual from various angles, as a human being.

What has been chosen to explain and this has already been done before, is that use has been made of reversing free will.

In any case, large-scale use has been made of the possibilities to do this.

But today and increasingly there is a majority that no longer allows this to continue.

We can see your love measurer which is increasing more and more as it opens and blooms. We, your loved ones in all sorts of relations on these sides, in addition to urging ROOSTER, all the tooters, whistles, drums, flutes, resounding voices and silence whatever speaks in any way, that is a parade that is determined by the entire Universe.

The Universal Managing Organ have chosen for explanation of the following.

In short: you long to see our flying objects.

The fact that we want to indicate this is part of a number of phases.

Oh yes, we are aware of the collecting of ‘visual material’ and ‘sound material’.

Sharing it has a different quantity. You dear humans have a specific state of consciousness as human beings. Its development is in a solid process, inner, intense. To see HD is from a different level than ‘telepathic’ communication.

Related but with different input as frequency. Related to another layer of human consciousness. The human seeing is in a changing state for seeing in other resolute.

We refer for support to a Kryon channeling through Lee Carroll, dated October 30, 2012. The Peaks and Valleys of the Earth.
Mainly the part: The missing piece.

There has just been talk of a love measurer. We would like to elaborate on this by using the word ‘measurer’. An indicator. Your consciousness and the human total organism, for it all works together, yes also with what is in the Universe.

Those always moving energies, some of which have very super high speed.

Speed and combination of the used energy, components, that determines design and use. This necessary ‘indicator’, the feeler center, has eyes, ears, the perceiving organ as a package, a different kind of sense.

Seeing the flying objects is a continuation of what is called as Universal principle (angle theorem), telepathy. Which as a principle was and still is an entry point for the concerned soul, the Starchild of God. Our explanation concerns the next phase. Archangel Michael has talked in a recent message about ‘fine tuning’, that is the case, to tune, refined, with heart and soul to a higher level of consciousness. This can initially take place in a very short moment. The flash, flashes. And of essential importance is the necessary wrapping, as clothing, of Love at the highest possible level. And that is present within, congenital. As already indicated, for the waking up, ROOSTER crows for it, the musical parade of the Universe contributes to it.

The playful, joy and magic are involved. Because as already indicated, extremely high speed can be involved in the ‘play’ of performing.

From one moment to the next, nothing is the same the next, but that can be influenced by intention. We also have collective intention and consciousness here. Allow us also make the following clear to you.

We cannot write and read like you, that is only for Being Human on Earth.

Writing and reading with all those very human gestures and based on human thoughts and developments. But we are able through possibilities to follow this and guide you in a way, to make use of and the reverse is possible in principle.

In this way we also experience and learn from the angle of incidents.

It provides moments in an overview of a larger whole, also important for one of our tasks, to be guardians. There is essential and truly always movement, this requires time after time, moment after moment, for balance, cadence.

You have been given powers in your encodings to discover, to invent.

As you sometimes say, ‘it comes out of the blue’. That comes from us, the interplay of lifelines, with all due respect, is a network.

“It comes out of the blue” is often referred to as the unusual.

So, when it is perceived, glanced over, experienced from a different perspective, then the unusual can suddenly, with the appropriate speed, change into normal. And that can happen repeatedly.

Because we have talked about a playfulness, I want to apply a repetition here, to retell something. Once told by me, Ashtar already:

You may know the story of Yertle the Tortoise. I am quite fond of this story.

And so, he ordered all the faithful tortoises of the kingdom to sit on top of each other with himself – of course – at the top of the tortoise tower.

But something happened that couldn’t go on forever, because he sat on top of the tower and said: “Oh, I am Yertle the Tortoise, oh. How wonderful I am for I am the ruler of all that I see!” And the pile kept getting higher and higher.

Almost all the turtles are in the pile and you can understand that it was quite uncomfortable, especially for those who were at the bottom of the pile.

But then something happened that changed everything.

Somewhere down in the pile of turtles, there was the turtle called “Mac” and Mac burped loudly and with great energy! And this burb shook the king’s throne, and King Yertle fell into the mud-pond, and this was the end of his reign.

There is something funny about it, because (e.g.) Anja has approached it differently after reading this story. She has made a sneeze in her imagination of the ‘burb’. Every time she sneezed, which happened with regularity, she imagined she was a bottom tortoise and was influencing this pile as it is on Earth. Perhaps it appeals to you to do this too. Imagination has great influence.

Incidents are ubiquitous, Omniversal. The Omniverse has all kinds of nooks and crannies and points and lines and much more. From here I have become what I represent in now. Missions are there to be fulfilled, on Earth, but also what I will now name, in this Star Galaxy in which planet Earth was created.

To Be Ashtar is a mission to fulfill which has differentiation from being Human on Earth, especially in duration.

But collectively, it can be seen from a different angle.

It’s good to change your mind. Be open.

“All good comes from Above.”

This is meant to indicate that the intent on our part is adjusting to some extent on yours. Collective means joint, a word of meeting. Convene, clarify aptitude, bring together, take office to one place.

Where love and freedom wave with serenity in the banner.

And this banner spreads the Light involved in this.

Our purpose is filled with that, we have planted that in the soul.

That’s where seed powers come from that have an empowering effect.

For us it is a learning, challenge, mission to use your words and in all kinds of languages and spellings. Also, an unspeakable loving pleasure with those touches of joy and pleasure and gladness. And we have mixed that also in our seed power impulses.

We are now closer again, closer than ever, and speaking of it, that is becoming more and more noticeable for all Life on Earth.

We have never left you for this part as a Star Galaxy experience.

It has also come about for the consciousnesses with which there is so much to do. From the Heart Center of the Father and Mother God of this part of Creation, through Source Circulation these seed impulses continuously flow, countless blessings, unstoppable, and the incredible amount with which you are loved. With all the LOVE from our Being!

ASHTAR and so many who are dear and mean so much to you here and there.

Received: Monday, July 26, 2021
Posted on the website: July 27, 2021
For website edited by Anja with support from Michael.
And you never do it alone and for that:

Copyright 2017-2021, Anja Tjelpa. All rights reserved.
It is allowed to place this article unchanged on a blog, newsletter, but maintain the integrity of the article. And mentioning the author and the website. 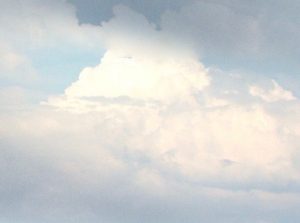 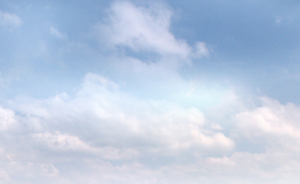 By Anja Tjelpa in Spiritual
5 August 2021
2020 tjelpanja, Ashtar, Channeling, The Angle of Incidents, the Netherlands