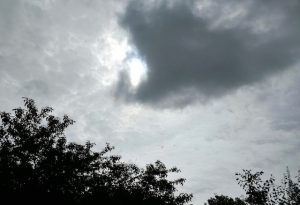 On this Sunday there was contact with the Higher Realms and with our Higher Helpers.
Again, as already many time before.
It started with the always-accompanying team. Back and forth.

From our side (me and my partner) there were suddenly so many questions, of course they were there before, but they were so prominent, so specific on this day, again …….

Why did we do this all as humanity?
How did we ever get this far?
And we are messengers for the Higher and what does this?
And about oblivion and memory?
And there we went again to the Earth…….
And NOW changes for the better…….

We told that we are so tired of all that is working against it and that we no longer want it.
Team said: We see this, you have the radiation for it, for what you’re indicating and with many!

We: That feels good. We adapt to all those necessary changes.

And while this reciprocal channel communication was in progress, we became aware that a “someone”
(a being) was coming in.
It felt beautiful, there was really something beautiful.
A Divinity, the Mother God of this (Sub) Universe.
She introduced Herself. That feels so relaxed and full of love and togetherness.

Mother God: Allow Me to communicate with you?

We: Of course. Love and Blessings.
Dear Mother God, we document and possibly to share if indicated.

Mother God: I am aware of that.
But Dear Ones, it are still turbulent “times,” the moving of the Here in the Now.
It has to do with the New Dawn.
In a way this goes through a new kind of renewal, let’s say passage, but it is a very special trace, a route, because it was created for this Earthly Divine Event.
Yes, it is ready!

Mother God: Indeed, ……pause….. than comes, it is all tested, with star ships, scouts, there is much established and manifested, but ……..
there is a larger movement involved, the pearl Earth is not just a very small planet, there are other realms involved and also ALL that is involved with the Elements that you as people are made of, the Stars, the Galaxy and all the positions and movements and all the Divine involved beings of the ALL.
If you could see this enormous movement of transformations from this side and in the state in which it is Now, you would immediately understand it, that is one answer to your questions.
In other words, there is quite a complicated swirl, twisted etc. of all the Love it was made of, but also of the All that came into being “being” of the dark, density, duality, shadow land and all the causes and consequences.
As you know and quite a few others, it has effects of a turbulent nature.
And now about another side of this Divine Earth Event, there are still, what was called “fallen angels” and also what they created.
What is of it on Earth, but also what in the (sub) Universe and also there are consequences of it.
The Command of Ashtar is not just there, it has great tasks and sometimes there are disturbing issues in this part too.
Maybe you remember it … it can be with flashes, many of you were on Star Ships, Lightships and served under this Command.
Under the wings of the beloved Sananda.
Some came to Earth through other travel opportunities from distant Galaxies and from beyond your imaginations.
Now about this “mix” of … to express it with Earthly words.
In the Higher Dimensions this is an issue that turns out differently, but on planet Earth there are different conditions and influences.
In our own way, we are also upset. At this higher level we are observing this spectacle on Earth, because it is spectacular and it is a new scene in Evolution. And All those involved are beings of Life, from the One Source. I am aware of it and of course others here too, that with your increasing awareness, that these kinds of thoughts arise from wondering how and what etc. An answer to this is, we have expected this, anticipated, and also the kind of energies that this creates and created, this is another addition to the whole event.

Mother God: The answer to it is, we know you would most certainly say, it is a fact.

Mother God: What we do here and with many, it is not about details of numbers.
We have the overview and the permissions, the, from Our Hearts, inner loving service, to help and assist everyone, every being on the Earth and whatever happens with it constantly that we are getting closer together, through this so loving filled event in all being so spectacular.

We: Dear Mother God, you explain this very understandably.

Mother God: To continue about “wondering”. What we actually are integrating, even for a “while”, is the influence of one of the energies, because there are many, to help with this increasing awareness and all the questions that are involved, to help you to help realize and understand, that is done, we and you are and are now at a turning point and also meant to help you to realize to forgive, forget and take responsibility for a growing unification and never let this happen again.

We: In the reality we live in and there are many other realities, we understand and to a growing extent, it is happening, unfortunately at various levels, but it is happening, some faster than others, we like to say as a growing realization of responsibility and more friendly and loving behaviour and thank God also through the media, the internet certainly has loving contributions and all those who deal with it and are involved and accessible to all kinds of inhabitants of the Earth, with all due respect.
We see this as an “in-between phase”, a kind of step towards telepathy and similar ways of communication.

Mother God: Thank you for this conversation to explain.
It is a contribution for my next explanation.
What also involved is reflection, refraction and echoing on an enormous scale, all influences of and for this special cosmic event.
It is not just done with a snap of the fingers.
What I do not mean to express with this, that it cannot be done with a snap of the fingers. I know that you are awake enough to add 1 and 1 together, as you call it, of all the facts and issues involved, that this last cut of the fingers could be super dramatic and not intended.
But I am sure that you continue to add facts and issues, cosmic and earthly, but at the same time realizing why this new dawn is so special, actually Divine costly.
And that All will step over the threshold from the higher fourth Dimension to the Fifth Dimension and with everything that is meant to do the same. For you understanding, I am now talking about “size” and this has, so to speak, a tail, a train of consequences, again if you could have the overview, perhaps try to imagine, like Ours, you would understand this too. And that is again another issue …
And also to keep out of chaos and big fuss and to keep it under control and with the Cooperation of those on Earth to bring misqualified energy back to neutral light substance and we do “something” in the Higher Realms too. And that will show the first glimpse of the New Dawn and reveal the threshold and open your “eyes”, it means the “eyes” with which you can see your “Family” and the ships and light cities and much more and in increasing degree, because that is really meant from the Heart of Oneness that it will happen.
And we also need to prepare you for this and to solve so many issues and questions and to offer you through these so loving energies to integrate and interact with Trust to anchor with this and to lift the anchors from the lower dimensional realities.

I surround you with so much Love and guidance and trust and it is much, beyond that you can sense, but it makes this feeling and perception thrive. Imagine in your best way the glimpse of the New Dawn, it does not stay with a single one and exactly as you are now!
I am also very close to you, as Archangel Michael has often said, only a thought removed and with the large number of Us here also to a growing extent.

We: Thank you very much, Love and Blessings with increasing gratitude and trust!

Mother God: Dear ones, make something beautiful of it to share! 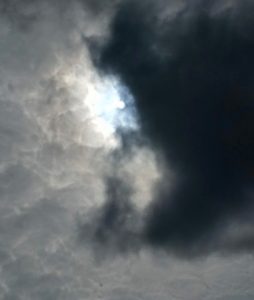