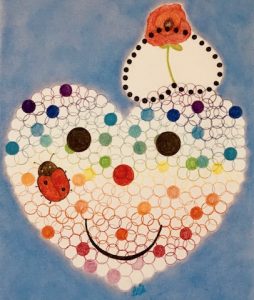 Fun, happy, humor, laughter, witty, joy, jolly, enjoyment, the “smiles” of the Creator in his writings…….

Then I came to Earth again, hello darkness, my, our old friend.

That is the purpose of life on this journey.

This ode is to enjoy the return journey and the hassle on Earth from the merry side, the cheerful one, from the side of the Sun, to see it from the Heart and to remain optimistic.

We regularly listen to the sound meditations of Tom Kenyon, which ones?

The ones with the most tinkling little bell sound it makes you happy and awake.

Taoist sound healing duration 5.04 minutes / seconds (for example), people on Earth have become accurate enough to give numbers and record all kinds of things.

Then it’s over and look at each other and say to each other, was it five minutes, no, no, how is that done that everything seems shorter and we stick time to it and things like that.

Our thought; the Great Cosmic Clock from the Source can arrange everything, time is played with regulating on Earth, it is to help us.

We also watched the documentary “Song of the New Earth” and it was beautiful to see and learn that, in addition to all the bringing of the healing, Tom uses so good humor.

That has been, among other things, stimulating to see and to do everything on and from the Sunny side with laughter and joy and conviviality.

But I came back to Earth one more time, born as a Summer Child, July 11th, zodiac sign Cancer and later I learned about Chinese Astrology, according to that I am a Goat and later about the Maya, Cauac, a thunder being, tone 13! Trying to imagine with all three together a picture of a being!?

Uh, with laughter and a lot of imagination I came across Pokémon-like figures, who looked like a person, with a beautiful golden heart and radiant decoration.

And Disney films, animation films, I do dance when I see Baloo de Beer and Mowgli.

Of course, I read about what that means all that astrology, earlier and now from the Sunny side.

I am who I am a Sun Child and, according to those “signs / forces / influences”, came to Earth once more in order to make the very best of it for me and everyone.

And darkness, you are my friend, I decided to talk to it. This time I tell you it is different; you too are screened and go back too.

Everything that has entered you because of people’s behavior, the too much of density, that does not mean that this is you of origin.

So, we are cleaning up. Very quickly said but not done 1, 2 3, here are coming the numbers again.

My father always rhymed with everything; any way o lot, he had made a kind of habit of it.

Some of it has lingered and so you sometimes do in it too in a way.

What makes you laugh, happy, a Sun Child and you and you, this is the part of evolution with variation and it is there! See what we can all choose from for whatever reason.

I am aware that this is my choice for now!

To be honest, I can’t laugh at anything and shine like the Sun, not everything is as God intended.

But the path or the road or route or track of improvements, what an openings and we don’t see everything yet, but it does happen!

What shall I call WR (with respect), the article about our monkey brain, the Satellites “UFO” train,

the Disco Dogs as the last performance at British Got Talent 2019, football, the Chelsea Flower Show, the European Parliament elections, Grand Prix, the Netherlands wins Eurovision Song Contest, hay fever tips, the Libelle Summer Week, Jamie Oliver, Brexit, weather forecast after rain comes sunshine,  sunshine comes rain, after cold comes warmth, after warmth comes cold, day trips for Ascension Day or a long weekend, our not yet visible real world, Innerearth, the media, everything that shines through as positivity, that will take me quite a while . It all has to do with each other.

Our last channeling on April 28 was with Father Earth, two residents of Innerearth were introduced, there was also talk about memory and to remember. The patchwork blanket of oblivion that has been laid over us, that the patchwork particles are removed one by one.

Afterwards we had to think strongly about the game “Memory”, turn over cards and if you got it right you can keep it> remove it?

And also, to ease and grace, because we regularly pass this on to the loved ones in the Higher, I forget, let me start with myself, with ease and remember with grace. Apparently, part of the process.

Last Friday, I asked for something miraculous, to do something different than….

My sister sent a message, I have a day off, I go to garden centers, are you interested then I come to pick you up? I already had my shoes on before I sent back the “yes” message.

As a walker, cyclist and user of public transport I can still be happy if I can go somewhere by car and everything that has to do with nature, beautiful! it’s about what’s good about it.

I enjoyed it, because it takes a while before it all really started to grow this year and many people and all those plants and shrubs and such and nice weather. You may know this.

Talking to people who are there too, I told a man, nice isn’t it, he said it’s so much, I don’t know what I want to choose. And all those people who went home with a lot of flora, for inside, or the garden or balcony! Some went with us for the garden, in the back of the car, we talked to the flora, this has to be a while, does not take that long then you will come back in the fresh air and in the Earth.

There were other things for sale, something I really could not resist, I really did try, but.

Of those nice windmills, what made the difference, they are with dots! 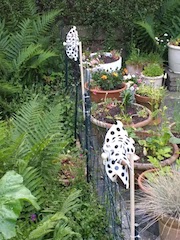 I actually wanted to call it “Ode to Dots”. (Dot looked up on the internet yesterday)

Dot> ‘stip’ has various meanings in Dutch. In English the word dot also exists> dot, (dot is dot there with several meanings and it is also a verb) Some girls are called that way, Dot, Dotty. Meaning (website name explanation) “gift from God”. Personally I am very fond of those “dots”, I can master it in a way, have some clothes with dots, tablecloth, ironing board cover and now two beautiful windmills, they stand in the garden and turn as the wind blows, to the left or to the right, gently back and forth or speedy and when the wind is not there, they stand still, the dots stand still very quietly. Action <> Silent. I like it, effect is, you keep watching at it, if possible.

One of my neighbors has a child who was born deaf. Something has been found, specialization in audiological equipment and special education, guidance for the deaf and ones who hear impaired. (WR) A boy of 5.6, wears the hearing aids and goes to a school for the deaf and the ones who hear impaired, with care transport, every school day. What I was able to witness last week, one afternoon he was brought home, the driver got out of the car and walked over to mother who was already coming, spoke to her because apparently there was vice going on, apparently, he did not want to come out of the car. His mother walks to the side of the car, raises her arms in the air and says: “You are my gift”. And I saw a smile come over his face from ear to ear. Then he was in the clouds.

And talking about clouds, during study, study year 2002, there was a project, write a poem and be inspired by clouds, including the undersigned, herewith to share and help;

For the reader, some of his is very difficult to exactly translate and in rhyme.

This poem is about clouds

Clouds that pile up

Do I go to my feeling now

I choose a stacking cloud as a lounger

Plump down in it

Get a feather feeling right away

Downy soft through me

Feel different than before

Let this feeling permeate me

And give me relief

I return to purpose and feeling

Because the goal does a lot

And I hope with many

Try that chair and feeling

And feel what I mean 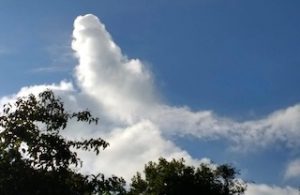 Invitation to everyone to keep track of things in a way that suits you, from the side of joy, laughter etc. The food we feed for positivity and progress.

To put out the arms for … .. present, present, that are present here and those there, still invisible.

And exclaiming: “Presents, presents, I love you!”

Heart shape speaks for itself, with many circles or dots in colors, the smile, the red nose> show your nose for a good cause, ladybug next to a symbol against meaningless violence, it stands for love and
luck, on the black dot heart hat, the poppy, in the U.K. this is borne in memory of the victims of the First and Second World War in the last century, but also all conflicts since that time.
The cerulean of the sky.
For me personally, all flowers are spiritual, especially those of the Poppy family.

It is allowed to place this article unchanged on a blog, newsletter, but maintain the integrity of the article.